In order to best fulfill the client’s wishes, various departments work together interdisciplinary. For this to happen smoothly and for the different steps to build on and complement each other, one thing is crucial: communication. And not only for the success of the project, but also for knowledge exchange and further development, communication is key. This is why it was the main topic of the introductory workshop that kicked off the Generate Conference 2017 in London. Every year Web and UX Designers as well as front-end developers like myself come together to inspire each other and to learn from each other. Important visitors such as Netflix, Airbnb and Microsoft as well as numerous start-ups where announced. But let’s start at the beginning.

Although I arrived early at the Royal Institution on 20 September, I could not get used to the left-hand traffic till the end. The first day of the event was filled with the workshop "Building scalable responsive components" by Zell Liew. As I said before, the topic of communication took center stage - an approach that appealed to me, and so I took part in the hustle and bustle: for the first ten minutes, we had to regularly switch conversation partners to get to know each other better. During the workshop I was able to learn a few tricks from Zell and to talk with other developers about the naming of CSS classes against the background of BEM and SMACSS. 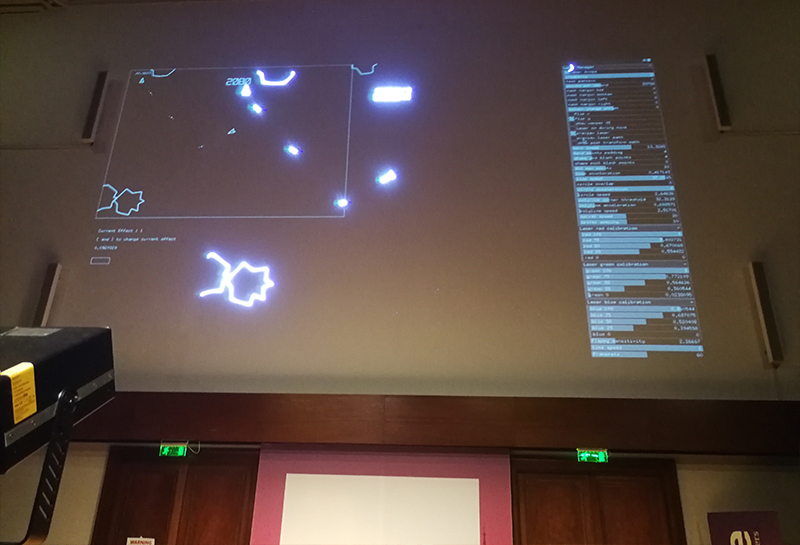 The actual kickoff happened on the second of the three conference days. The opening lecture gave an idea of how diverse and impressive this year's program would be: laser warnings were posted throughout the room. Not without reason, because Speaker Seb Lee-Delisle is a trained laserist. He recreated the video games Duck Hunt and Asteroids with a laser and presented us his impressive laser creations. You could get a good idea of how much effort it takes for the calculations in order to get a laser to copy Asteroids so skillfully.

Immediately afterwards, we got started on the topic of web performance. For this, Patrick Hamann gave the lecture "The first meaningful paint", which covered how to draw a first, meaningful picture of a website. Patrick works as a Web Performance Engineer for a large cloud vendor that manages over 40 server sites and clients like the New York Times or KAYAK. Its mission is to ensure that their clients’ websites reach the fastest possible loading time worldwide. Here we went more in-depth on how one can decrypt HTTP requests, and thus shorten the waiting times of the servers. He also talked about new possibilities with HTTP / 2. Overall, a lot of input on one of the most important topics for users.

In the afternoon, Espen Brunborg asked in his lecture "The Secret Life of Comedy" to revive web design with more wit and to follow less strict conformism. A demand that was repeated several times during my stay in London. Anton and Irene from New York, who were part of the Generate Conference for the fourth time, gave the closing address of the first conference day. As former agency staff, they talked about work-life balance and how they are shaping their lives as freelancers today. They presented two projects that were created during their free time and explained, how they have developed into paid projects. A good conclusion - and then off to the bar for drinks.

For the second day, I found a diverse mix of lectures again – ranging from accessibility and interfaces, that corresponded to these requirements, to the design of teamwork and animation design. The real highlights, however, were two presentations on UX Design. The first one by Julia Khusainova from Airbnb: In a case study, she impressively demonstrated how a new business model can be developed based on an existing product, and which steps they have taken in this case from the idea of testing, validation to development and beyond.

The second highlight came from David Aragon. At Netflix, his job is to develop prototypes. The entire Web & TV prototyping team consists of 50 employees, and in his immediate team he works with eight colleagues. Following the Netflix work process, he explained various types of user research. These range from interviewing coworkers to in-home testing. In the latter case, a smaller Netflix team travels to end clients’ houses and analyzes their behavior. One of the most exciting insights into the ways of the tech industry giants work. Prior to his time as a prototyper at Netflix, David was, by the way, a front-end developer. This shows how fluent the transition is between web design and development.

I returned with many impressions and the realization: The Generate Conference is not an event where only technical topics are covered. Thanks to the good structure and planning of the organizer, the participants were able to enjoy the conference one hundred percent. In addition, it showed me once again that a successful project always starts with the team. The Generate Conference will continue in April 2018 in New York - an event that I can absolutely recommend. 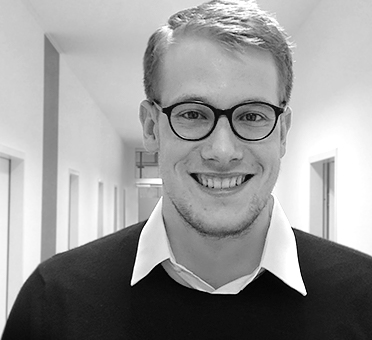 Lukas is part of our Frontend Development team since 2016. During his IT and design studies in Lübeck near Kiel he moved to Frankfurt and started an internship at Cocomore to write his Bachelor thesis while gaining work experience. It quickly became clear: this fellow has got talent! So we offered him a permanent position after he graduated from University. His current focus of work: JavaScript frameworks and app development.