Recap DrupalCon Dublin 2016: These were the highlights

After a week on the Emerald Island my colleague Carsten and I are back from DrupalCon Dublin. Like every year we have seen people that we don’t get to see as much as we would like to. We have attended sessions and learned new things that we want to apply in our daily business. And since the sessions are already available on video, there is still a great deal of interesting topics to explore! You can find the videos in this YouTube playlist and it’s also worth checking the schedule of the conference.

There are several methods to define layouts in Drupal and there have been changes from Drupal 7 to Drupal 8. This video session presents useful examples that allow you to take informed decisions about which route to take in your next project.

Another session that aims to ease the pain of migrating to Drupal 8: In this case we learn about real world problems and some thoughts about how to solve them. Configuration management is one of the main talking points here.

After a couple of years being part of nearly every big Drupal conference, I know that decoupling Drupal is more than a buzzword. To expose data from Drupal we can select from a number of different options and JSON API is one of them. It implements an open specification that tries to prevent discussions about response formatting, meanwhile it resolves some of the common problems in traditional REST implementations, as this session shows.

Drupal 8 and the Panels Ecosystem by japerry and EclipseGc

This session is about the current status of the Panels ecosystem in Drupal 8. At the same time the most common parts of it are explained to everyone who is not really experienced in using them.

A short overview and introduction into the different options to improve the performance of your Drupal site. This session does not just handle the possibilities within Drupal itself but the whole technical stack including alternatives in PHP, on the server, the client cache or database optimization. There is not just one but multiple screws to adjust the performance of your site. And you have to consider them all.

Search and beyond with Elasticsearch by floretan

This session handles real life examples for Elasticsearch, a search engine also built on Apache Lucene as Apache Solr. At Cocomore we are working very intensive with Apache Solr, but after a short research and after having watched this session we might also be using Elasticsearch very soon.

People metrics: How to use team data to produce positive change by aastaneh

Everybody knows technical metrics like CPU, memory or benchmarks. But how to measure your team? How to improve yourself and the results of your team? This session handles real life examples about how Acquia is trying to solve this gap and how to build more successful and happy teams. If your team is only handling daily business there is no time for improvements. But first you need to know what your team members are doing the whole day and if they are happy with their duties. By measuring the metrics and knowing the results you can see where the problems are and then start to solve them and improve the daily work for the team. The session shows how to start and what you can do.

As usual, DrupalCon was accompanied by social events. On Monday night we joined an event organized by Amazee Labs called Storytelling Tour Dublin. There we learned about Irish tales and songs, meanwhile two heavily customized buses gave us a ride. It was a special and charming event and I can only say thank you for having been invited to it.

Putting aside a visit to Temple Bar, on Thursday night we attended the traditional Trivia Night, a real highlight of every DrupalCon and this year organized by the Irish Drupal Community. We always have tons of fun while we try to prove how savvy we are about Drupal knowledge. And it is always a good opportunity to have a beer and meet new people!

A big THANKS to everyone involved

Every year DrupalCon is a wonderful event. We would like to thank the organizers, volunteers, sponsors and speakers for making it possible, and the Drupal community at large, just for being awesome. 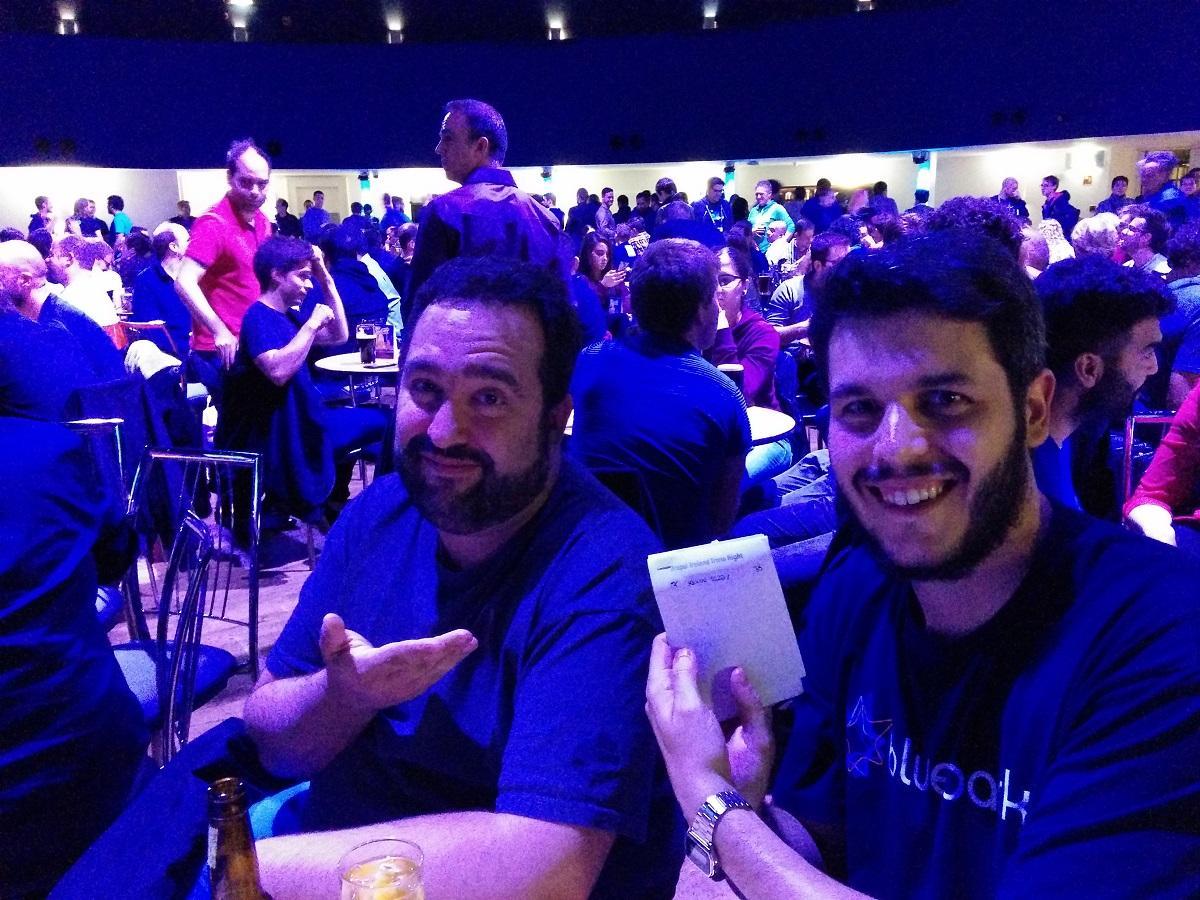 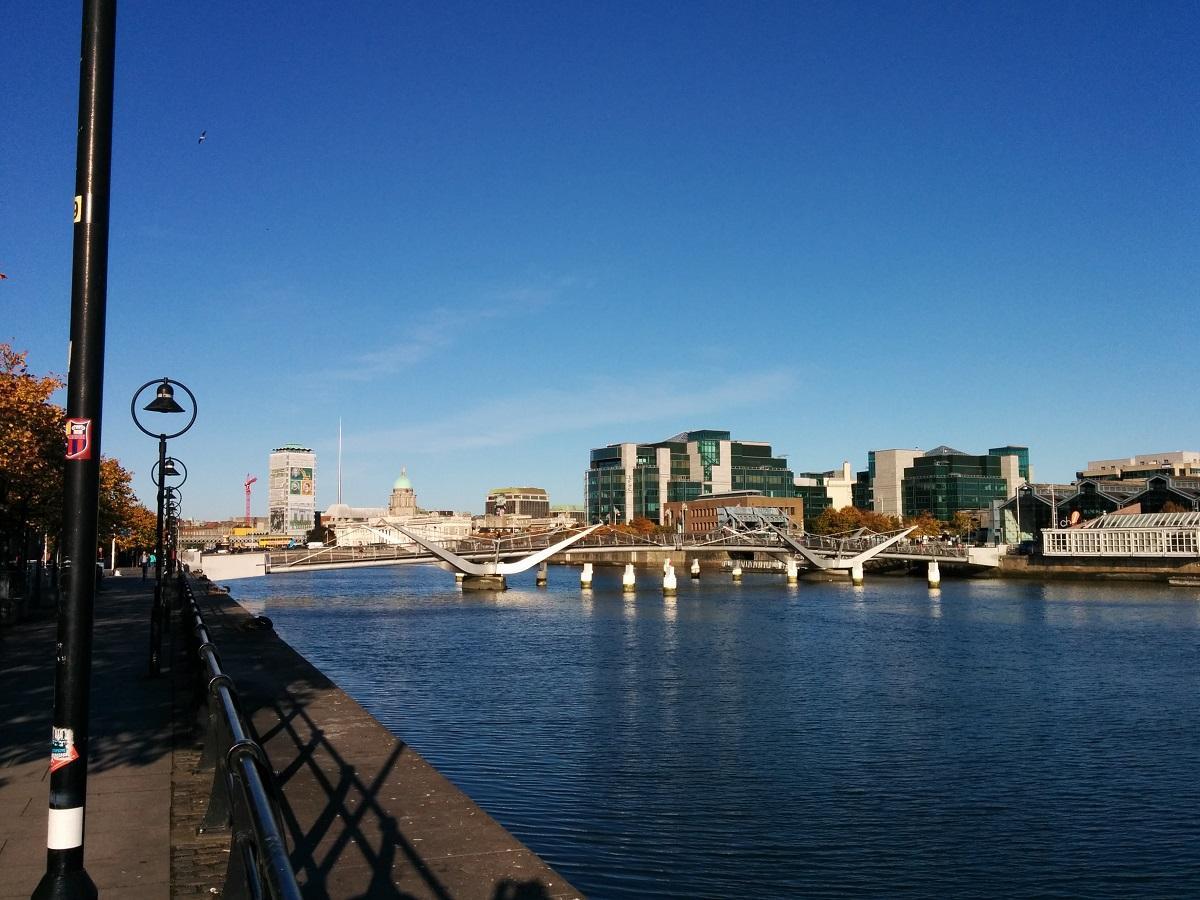 After a great Drupal event the first thing that comes to my mind is: Do I have to wait a full year for the next one? Well, for the next European DrupalCon for sure. It will take place in Vienna. But there are some other wonderful Drupal gatherings coming up where you will be able to meet us:

A one day event focusing completely on developers that will take place in Santiago de Compostela, Spain, in the region of Galicia. Galicia is famous for its food: fresh seafood, cheese, octopus, meat… The Drupal Community is awesome (the Spanish one is noisy, funny and active) and the place is just great so: How could we miss it? One caveat though: it will probably be 100 percent in Spanish.

A DrupalCamp in the south of Germany. There have been already a couple of Drupal events in Munich including the DrupalCon in 2012. The next one will again be a big and well organized DrupalCamp including topics like plain PHP and Symfony. There will be good sessions, good German resp. Bavarian food and very good beer. Come for the code, stay for the community: In Munich you can find the best of everything.

A Drupal event organized by the Drupal community. There are sessions happening, but the star feature are the sprints. Five days coding alongside other developers, contributing to Drupal Core or some contrib modules. This time it will happen in Seville, home of our Spanish Cocomore office, so it will be a really special event for us. We are looking forward to welcoming you here! And my colleague Jose Luis Bellido is one of the organizers.

For the second time the DrupalCamp Spain will happen in Madrid, this time in the city center. The Spanish community is big and well organized, and this Drupal Camps always deliver high quality sessions and a great party. And this time it will be easier to reach! Please take into account that this edition will happen between Friday and Saturday, instead of Saturday and Sunday as usual. But this means that you will not have to wake up early for sessions after the official party!

Jesús Sánchez Balsera has been working as a Software Developer in the Spanish Cocomore-Team since February 2013. On his job he especially appreciates the intercultural cooperation with different people: some more creative, others more focused in Management and then again others working as coders. With his work Jesús solves problems and delivers challenging web-solutions. Thereby he helps people and companies to have a voice in the world wide web. Jesús has been working as a Software Developer from the start of his career on and specialized on Drupal at his last company.

We got it: The Drupal 8 Developer Certificate