At Cocomore we encourage the culture of exploring new technology trends and keeping in touch with the industry. Therefore, of course, we also had to be in Berlin for this year’s Tech Open Air (TOA). With over 200 speakers from various fields, the TOA truly is one of Europe’s leading interdisciplinary technology conferences.

The entire event spread over four days. Two days were planned for the main conference while the "satellite events" filled in on the other two days and on the evenings of the conference days. The event (or festival as the TOA organizers would say) was hosted at the Funkhaus along the Spree River. The location itself set the tone of the festival. After we registered ourselves at the venue, we have been immediately captured by the summer tech inspiration vibes.

Our highlight: Haus of Tech

The “Haus of Tech” was really cool. There were quite a lot of tech companies presenting new projects and technologies. The most interesting corner was the area of Virtual Reality, where I had some fun traveling in a VR rollercoaster, or creating objects and interacting with them in virtual space. The presented VR technology enhanced the usual VR experience with a camera in front of the VR glasses which captured hand movements without any more sensors needed. This has been especially interesting and could therefore be an attractive use case for some of our future projects. 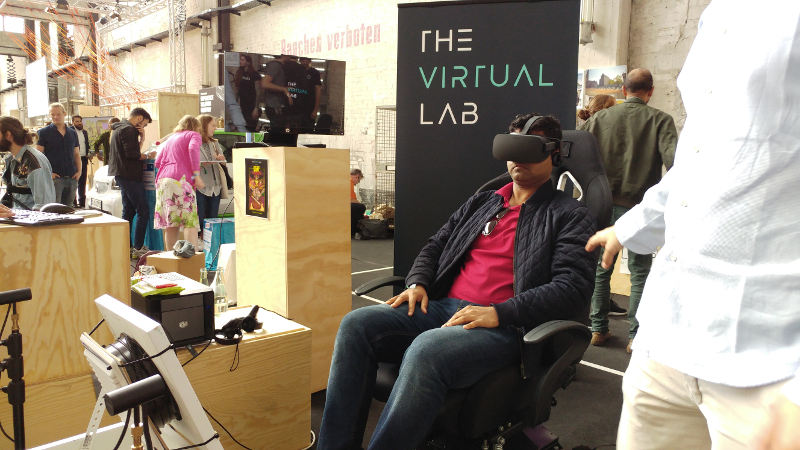 What is really great about the Haus of Tech or the TOA in general is the diversity of attending industries: fintech companies like Wirecard, Fidor or Internet of Things (IoT) based start-ups like smartcity berlin or even something as crazy as healthy ice cream ;). And Telekom flexed their muscles by having a hi-tech refrigerator which was equipped with a see-through computer screen instead of a regular glass. On this screen, visitors could access various information or even watch a film.

The Haus of Tech also had a fun play area. It had the standard soccer and ping pong tables, but what stood out was a game called "Gewinnen durch Entspannung" which literally means win by relaxing. You and your opponent sit at opposite sides of a table, your heads are fixed by a detector. The detector measures your brain activity and transfers its data to a small ball lying on the table. As soon as the game starts, the ball rolls towards the player with the higher brain activity. The aim of the game is to relax more than your opponent to make the ball roll on his side. That Cocomore employees can be quiet relaxed showed the battle between me and my colleague: we played a very long game for a minimum of 20 minutes which led to other visitors asking us if we take regular meditation lessons.

The sessions: better plan ahead of time

There were more than 100 sessions in this short span of 2 days.
The talks and sessions can be broadly divided into 5 categories:

Quick advice: make sure you plan the sessions ahead of time and have a concrete timeline of the sessions you like to attend. TOA also had an app which helped us to get rid of carrying the paper program in our hands. At the end, we participated in 25 sessions.

We started off with a talk by Maurizio Rossi (Founder and Co-CEO of H-PHARM) about the ecosystem of start-ups and corporates in Europe and how they need each other to survive in the future. He believes that the potential of the European high tech and IT related start-ups is high – especially after the products of the American big 5, called GAFAM (Google, Alphabet, Facebook, Apple, Microsoft), are no longer seen as “high tech”, but rather a part of everyday life. Then there will be a new high tech sector and the current start-ups in Europe will be the new high tech companies of tomorrow.

This session was followed by a very interesting application of Big Data in recruiting by Robin Haak from Smart Recruiters. He told us how AI and machine learning can transform the recruitment industry, automate tasks of filtering without bias and finally allow recruiters to focus on more important processes like actually getting to know the candidate.

In one of the two bigger stages, a panel discussion about the current and future state of AI was taking place. The panel discussed challenges in Natural Learning Processing (NLP), how AI is perceived and how AI is already helping us to fight cancer today.

What I was mostly looking forward to was the talks on blockchain technologies. These technologies form the basis for building decentralized, tamper-proofed databases to execute digital money transactions or to transfer sensitive data. In this respect, the TOA organizers did not make empty promises, too. There was an enlightening talk by Moritz Bierling from the blockchain-based platform Neufund. The aim of this platform is to develop a new kind of fundraising. Thanks to so-called blockchain-tokens, a digital monetary unit, it enables investors to directly participate in companies, irrespective of whether they like to invest as a private person or entrepreneur. Two tools to raise funds from the public are Initial Coin Offering (ICO) and Initial Public Offering (IPO), with ICO being more independent from the government. In his session, Bierling explained us why ICO should be the new IPO and how it can completely disrupt the investment ecosystem using blockchains: expensive contracts due to bureaucratic governmental processes can be replaced by smart contracts, which do not need any central authorities to be concluded. Also, ICO helps to make the execution of digital transactions more flexible. 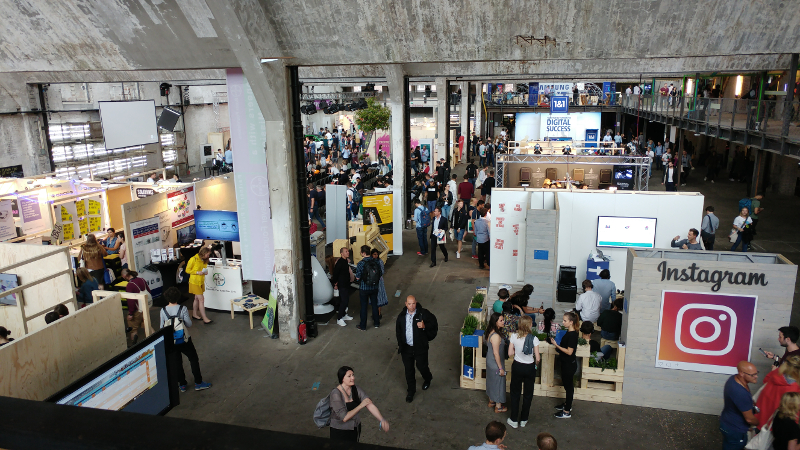 Thumbs up: TOA brings together a wide range of industries

The great thing about TOA is that it brings together industries and persons from all over the world, and of all kinds of sectors: from small IT gadgets up to space technology. And even if the festival itself is mostly said to be an IT event, the sessions offered a wide range of topics and showed different perspectives and opinions, so that there has been interesting parts for everyone.

In the end, events like the TOA get you out of your routine and keep you in touch with this ever so fast changing tech landscape. As we jumped and ran and sometimes even flew from session to session, from the beautiful forest stage to the impressive studios in the Funkhaus, we soaked in the vibe and the ideas and inspirations this event was throwing at us.

Gaurav Lanjekar is part of our team in Frankfurt as a Software Architect since March 2017. His position at Cocomore requires close teamwork with our project managers to design the best project solutions, architect them and help in end to end delivery. Above the encouraging and open work environment at our agency, Gaurav likes the diversity of challenging projects he has to work on. Three words to describe him: passionate, creative, enthusiastic.

Clicked: What Email Marketing Is All About